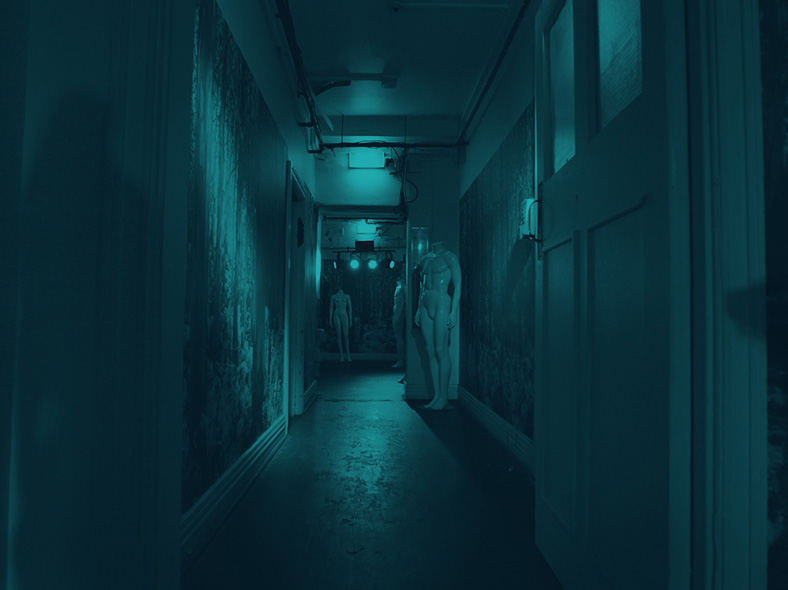 Imagine yourself at a huge festival area. One of your favourite artists is on. The beat drops and the crowd waves their hands and wow, you got a glimpse of the famous DJ making a heart sign with his hands, eighty meters away from you.

Try to re-imagine this scene. What if your favourite performer was not eighty meters away from you, but only eight steps? What if we leave bigger, louder, faster to the huge EDM stages, and re-imagine what the future of genuine live music could look like?

Rockstone Sessions stumbled across this new phenomenon called Swell, an interactive, evocative way of experiencing life music. During the Melbourne Music Week. In the cellars of a former woman’s hospital in Melbourne (Australia) is where the magic happens. In five bedroom sized rooms you are able to experience genres like, jazz, ghetto house, conga sounds and dreamy electro. While you are surrounded by performance art, light-art and light graphics that are projected on the walls of the cellars.

Janenne Willis is the mastermind behind Swell and in an interview with Tonedeaf she explains where the idea for Swell came from: “The concept came from a gnawing wonder about what could be if there was a mash up between live music, interior architecture and cross form art”. Swell shows what is musically emerging in the city of Melbourne. This experience is one of a kind, intimate and exclusive. For the artists it is back to the basics of live performance. Tricky part for visitors is that the line-up is kept a secret, so you’ll have to have some faith in the Swell organisation.